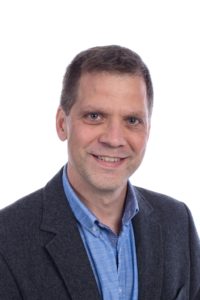 Chairman of the Advisory Board

Professor Ole Madsen currently holds both teaching and active research positions in the Department of Mechanical and Manufacturing Engineering at Aalborg University, Denmark. He has served as Assistant Professor and Associate Professor, and has worked for Odense Staalskibsværft A/S as consultant, for IWA (Intelligent Welding Automation) A/S as co-founder, system developer and manager, and Grundfos A/S where he focused on the development of automation equipment.

Professor Madsen is a world-renowned thought leader and contributor to the area of manufacturing technology and industrial automation. With more than 80 international publications, and having participated in a number of Danish national projects (e.g. IPS, Lasos, MoveBots, Handyman, BinPicker, ROBOCUT), as well as international EU-funded research projects (e.g. RobVision, Flexpaint, Docklaser, SLAPS, Eco2painter, TAPAS, GISA), his research contributions have helped shaped the progress and evolution of Smart Factory, Industry 4.0, and the Industrial Internet of Things (IIoT). 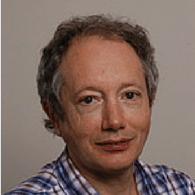 Professor Michael Negnevitsky is the Chair in Power Engineering and Computational Intelligence, and the Director of the Centre for Renewable Energy and Power Systems at the University of Tasmania, Australia. He is also Honorary Professor of Shandong University of Science and Technology, China. Professor Negnevitsky has authored and co-authored more than 400 refereed research publications including 70 journal papers, 10 chapters in books, 2 books, 8 edited conference proceedings and received 4 patents for inventions. His book “Artificial Intelligence” has been translated into Mandarin, Cantonese, Korean and Vietnamese. 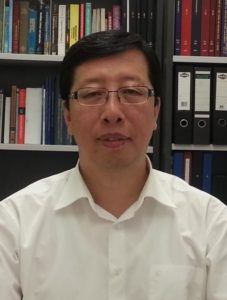 Professor Jun Wang is a Professor of Engineering at the University of New South Wales. He is an international authority in the areas of nano-technologies, manufacturing processes and unconventional machining. He is the Australian Research Council champion in the manufacturing and nanotechnologies. Professor Wang has produced 400 publications, including 300 refereed journal articles, 23 edited books, a single-authored monograph and four book chapters.

Since 2000, Professor Wang has received 16 ARC (Australian Research Council) grants and a number of other grants from CRC (Collaborative Research Centres), the Federal Department of Education, universities (including grants and fellowships), local industry, government agencies, the Natural Science Foundation of China, and the Japan Society for the Promotion of Science. He holds a PhD from the University of Melbourne and holds concurrent appointments as the Chairman of the International committee for abrasive technologies, President of the Ausinan science and technology society, Fellow of the Institution of Engineers and serves on the Board of Mechanical College of the Institution of Engineers.

Dr Karri worked in the fields of multi-disciplinary applied neural networks (IT) and renewable technologies in the last 25 years. His work involved trans-disciplinary engineering resulting in over 200 peer reviewed papers and graduated 36 research higher degrees (PhD and MEngSci) as principal supervisor and 50 research honours students in his career. Dr Karri has been visiting professor for universities in Japan, Germany, USA and India over the years, conferred guest professorship at the Shandong University, Jinan, China in 2005 and Villum foundation fellow at Aalborg University, Denmark in 2016. Dr Karri is also university professorial fellow at the Charles Darwin University in Australia.

Some of his accolades include, winner of Australian Award for University Teaching in physical sciences and related studies in 2001; winner of two prestigious Engineering Excellence awards organized by the Engineers Australia of Tasmania in 2003 and 2005; Finalist, National Achiever, organized by the National Industry Awards in 2004,2005; Conferred Doctorate of Letters (h.c) by the Cape Breton University in Australia in 2013; Awarded Australia’s most innovative engineer, organized by the Engineers Australia in utilities in 2017; Dr Karri also has several patents to his name, based on which an Australian company Expert365 Pty Ltd., was established in 2015. 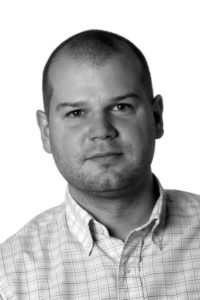 Mirko Presser is an Associate Professor in Digital Business Development at Aarhus University, Denmark, where he is also the deputy director for the Interdisciplinary Centre for Digital Business Development. Before that he was the Head of Research and Innovation for the Smart City Lab at the Alexandra Institute also in Denmark, launching initiatives such as Smart Santander and Smart Aarhus. He is also the president and now vice president of the IoT Forum since it was founded in June 2013, organizing an annual 1500+ participant event for IoT researchers, policy makers and professionals. He has been studying and researching IoT and other digital technologies since 2002, first through a Master’s degree in Physics with Astrophysics, followed by a Master’s degree in Telecommunications and Systems Engineering, both from the University of Bristol, and he also received a PhD on the Mobile IoT from the University of Surrey. He has been involved in the European FP6, FP7 and now H2020 as a researcher, technical manager and coordinator. Most recently he has been engaged in the Next Generation Internet pathfinding initiative working towards a more human centric vision for the internet and coordinating the NGI Pointer project on renovating the Internet Architecture. 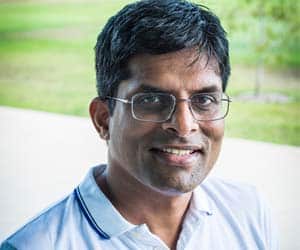 Suresh Thennadil is the Director of the Energy and Resources Institute (ERI). Suresh’s career has spanned both industry and academia. Throughout his academic career, Suresh has been engaged in developing highly inter-disciplinary industry-focussed research programmes that included collaborations with a range of companies in the chemicals sector. Suresh and his team won the first place in the 2015 Converge Challenge, which is an annual award for the best University spinout in Scotland. He was also the recipient of a 5-year EPSRC Advanced Research Fellowship from 2003 – 2008. Suresh’s research expertise lies in the development of spectroscopic instruments for non-invasive and in-line analysis of chemical, medical and agricultural samples, application of chemometric and machine learning techniques for extracting information from those measurements as well as complex datasets from chemical processes. He is also currently developing a research program at Charles Darwin University in waste-to-energy technologies.

He is a Chartered Engineer and Fellow of Engineers Australia and the Institution of Chemical Engineers (IChemE). He is a member of the IChemE’s panel of University accreditation assessors. He has served on the Australian Research Council College of Experts (2016 – 2018) and was nominated as Deputy Chair of the Mathematics, Physics, Chemistry and Earth Sciences panel in 2018. He is an Executive Committee member of the Intyalheme Centre for Future Energy. He was a member of the Peer Review College of UK’s Engineering and Physical Sciences Council (EPSRC) from 2006 – 2014. He has also previously served as expert evaluator of funding proposals under the European Union’s Framework 7 programme. 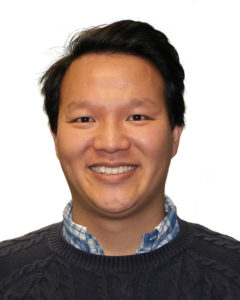 Charles Xing is Business Development Director of E365 ApS, Denmark and and an active advisory board member. Charles graduated from Aalborg University as Mechanical Engineer. He has years of experiences in product development and business development. He has strong technical background and cross-cultural communication skills. Charles brings strong ‘customer perspective’ to the products developed. His strong links with international high net-worth companies and governments constantly address product design from the customer’s perspective.  Please contact Charles if you want to know more about our IoT systems.